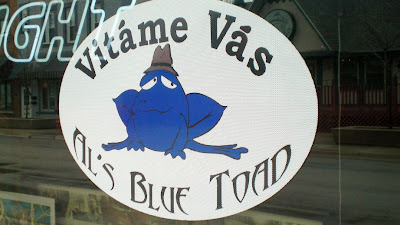 Driving down the main street of the Little Bohemia neighborhood in Cedar Rapids brings a visitor past several small businesses with signs in Czech. I never got around to trying any tenderloins here before the big flood came through. Over the years since 2008 many businesses have reopened, while others have decided to make major changes or move on. The owner of the old Zindrick's Restaurant used the time after the flood to reorganize and remake the restaurant. The space is now home to both the Blue Toad, and the adjacent space is now the Red Frog operated by his sister.

Directions: The closest exit from 380 is at Wilson Ave, I think there are signs pointing the way to the Czech Village area. 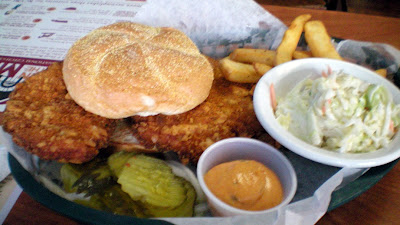 The Tenderloin: Described on the menu as the Cajun Breaded Tenderloin. It felt like they took and regular tenderloin and tossed it in a mix of cajun seasonings. It tasted like a lot of salt on the outside of the breading. The white pork meat had been pounded into a butterfly shape visible in the pictures. Edges of the sandwich easily tore off the center and felt soft while chewing. The seasoning overpowered the breading but had some great spiciness, the Cajun mayo was good for the thick cut fries. Served with all the fixins on a soft toasted bun. Overall 8.2 out of ten. 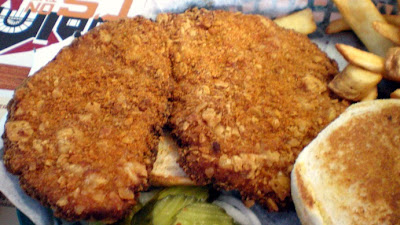 Also on the menu: Czech stuff including roasted pork loin, goulash, or chicken paprika. Along with bar foods like burgers, sandwiches and salads.


Service: It was table service with a bar area that looked busy. 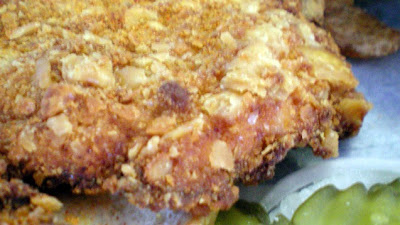 Ambiance: Its a modern bar restaurant with flatscreen televisions and tables or booths for seating. Beer signs illuminate the blue interior along with natural light.

Final Thoughts: I had only visited the Czech Village a couple times prior to the flood, so I can't say whether the places reopening here restore the neighborhood to what it once was. The Little Bohemia district was once a neighborhood with small businesses catering to people living nearby. Today it is a destination for people from other parts of Cedar Rapids or the Eastern Iowa Corridor. My next stop in this area will be Little Bohemia Bar, a place whose kitchen has slowly expanded its selections since reopening a year ago and is serving a tenderloin once again. 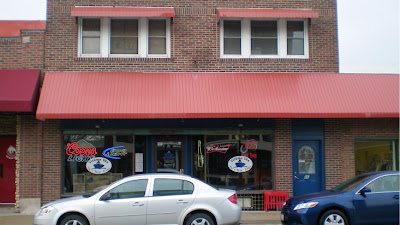 Posted by Tyrgyzistan at 3:37 AM