The Longest Yard in Valley Junction 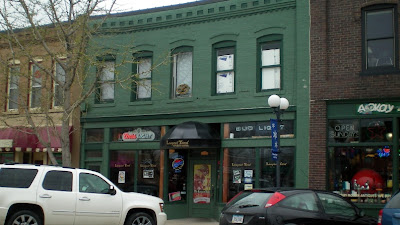 The Longest Yard Sports Grill is a low key neighborhood sports bar that seems to be named for a 1974 Burt Reynolds movie. I had seen signs at this bar telling me of hand breaded tenderloins on Mondays while walking through Valley Junction in the past few years, but never made it here until a few weeks ago. I must have thaught they only serve these on Mondays, but they are on the menu every day.


Location: 122 Fifth Street in Historic Valley Junction, West Des Moines. Its between a bunch of antique stores, across from the Atomic Garage.


Directions: You get here by taking 63rd to Railroad and turning north of 5th St. 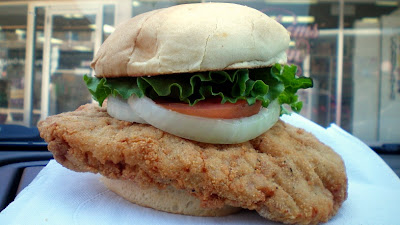 The Tenderloin: This sandwich felt like it was a good seven or eight ounces of pork in between the bun and the fixings. The pork was hot steamy white meat which had been pounded out well. The breading had just the right amount of seasonings to give a good aftertaste, along with a great crunchy texture. Served with all the fixings on a toasted bun, overall 7.84 out of ten.

Price: regularly $7.99, but on special Monday for $6.99 with a side. I opted for the homemade chips, which were tossed in seasoning salt. Tenderloin is also available grilled. 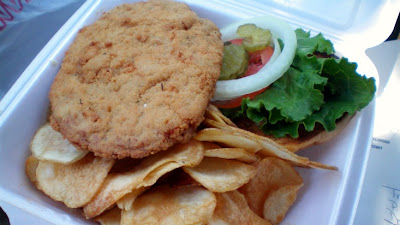 Also on the menu: Burgers, nachos, pasta, something named Hayden Chili Fries and the usual sports stuff. The drink specialty seems to be a beer served in a three foot high glass.


Service: Its table service or sit at the bar. It was attentive when I came by early on a Monday, the food takes a while to prepare. 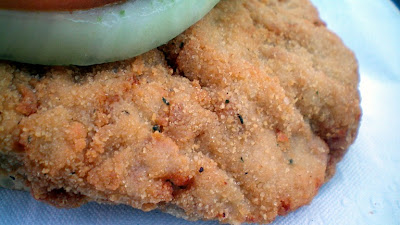 Ambiance: This is a Hawkeye Bare with photos of visits from Jim Zabel and autographed stuff from former Hawks. The place feels like a small town bar with high ceilings, exposed brick and woodwork, and dim lights.


Final Thoughts: This is an okay sports bar with an above average tenderloin. Its like visiting a small town pub and grub right in West Des Moines. My eternal quest for new and untried breaded pork tenderloins had always failed to find them in West Des Moines. The local Maid Rite around the corner, Paula's, had a sign advertising a tenderloin as "Best in the Junction" but would serve up a frozen preformed loin. Maddy's used to serve a good tenderloin in this neighborhood before moving out by Jordan Creek. I am still looking for undocumented tenderloins in and around Des Moines, if anyone can let me know, leave a comment somewhere on the blog. 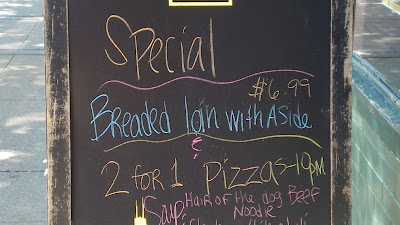 Posted by Tyrgyzistan at 1:22 AM