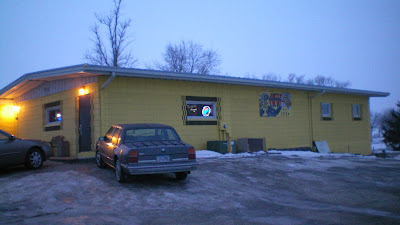 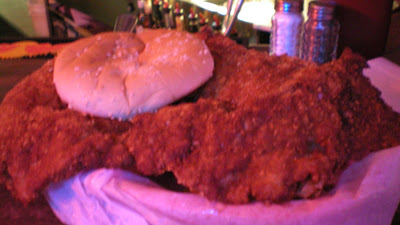 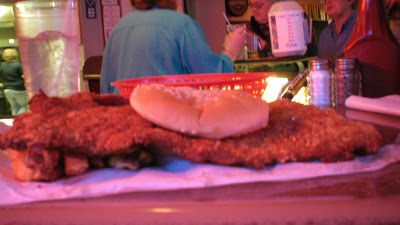 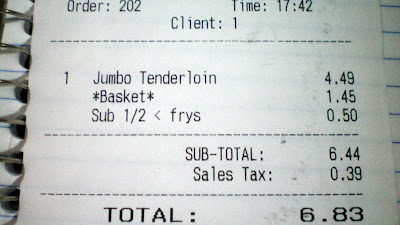 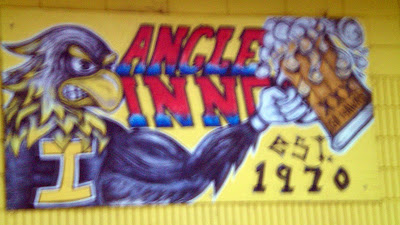 Gateway Market and the Vegetarian Tenderloin 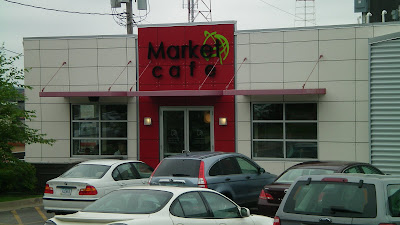 Local Des Moines super-chef George Formaro is not afraid to put something a little bit different on the menu, and never forgets about the vegetarians. For Iowa State Fair time, three vegetarian versions of midway food classics are available at the Gateway Market Cafe. Along with a Seitan Gyro, and a Veggie Grinder, the Veggie Tenderloin is available through Fair Week until August 22nd. The Gateway Market website reads "George is crazy about the state fair..." and "even meat-eaters will find them fair-worthy". We'll see about that.

Directions: This is at the high traffic intersection of Woodland and Martin Luther King Jr. 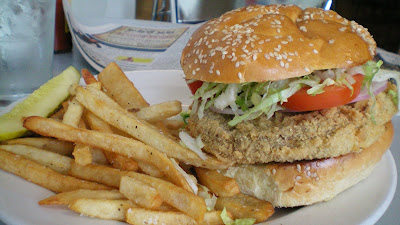 The "Tenderloin": First off, it looks like a tenderloin, but doesn't smell like fried pork. The menu describes this as "A monster veggie patty on an egg bun", and I don't understand the use of the huge, toasted sesame-seed bun. The veggy patty tastes likes its mostly made of beans along with some tiny white bits of what feels like tofu. There is a solid layer of fried bread crumb bits, but beneath lies a grey and dark mass that is mushy and just no fun to eat. The patty is thick and with the big bun and toppings it weighs over half a pound. 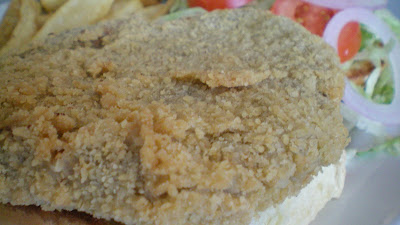 Also on the menu: There is a diverse selection of high end food, like fresh raw-men noodles or an expensive hamburger. 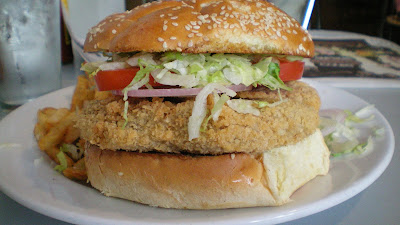 Ambiance: Air conditioning, well-dressed erudite epicurean patrons, clean tables, a distinct absence of body odor or any other smell; its basically the exact polar opposite of the State Fair that inspired this sandwich.

Final Thoughts: I just don't see any appeal to this sandwich. Its nice that someone tried to give vegetarians a taste of a pork tenderloin, but this is like a veggie burger with less texture. There are some other "tenderloin" sandwiches made from other meats around Iowa, like a turkey tenderloin, that I may check out sometime. As a general rule, I would advise people to accept no substitutes for real Iowa pork. 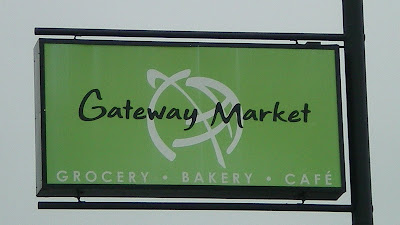