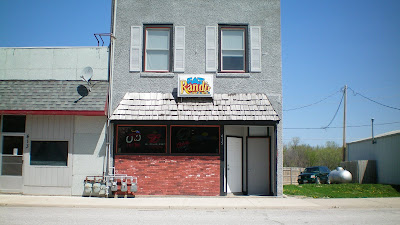 Van Meter is a small town of 866 people just outside West Des Moines, its most famous for being home to former major league pitcher Bob Feller and there is a billboard on the freeway advertising his "museum". You can see the town by looking past the gravel pit south of the freeway. An honorable mention in the top five tenderloins in Iowa in 2007 meant that I had to make the trek almost 10 minutes from West Des Moines to check out this sandwich.

Directions: You take the freeway past the Jordan Creek exit, and turn south to drive past the gravel pit. This pub and grub is next to an auto shop on the old main street in behind the Casey's in Van Meter. 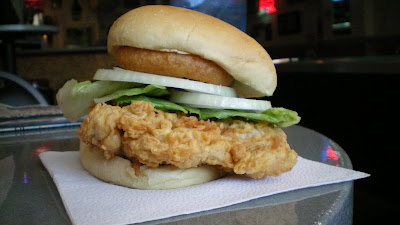 The Tenderloin: This one has a nice golden brown color in its fine layer of breading. The meat is nice, juicy and thick.The first time I ordered one it came with an onion ring on top, but I haven't been given one on my subsequent trips. There was a leaning tower effect with all the toppings. Overall 8.0 out of 10 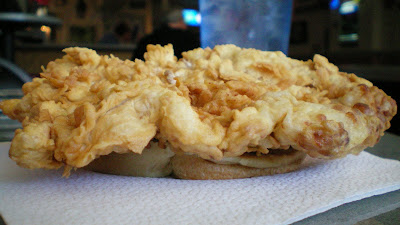 Also on the menu: A typical pub and grub menu with fried stuff, burgers, and frozen pizza. The specialty is the Fat Randi burger with fresh ground beef. 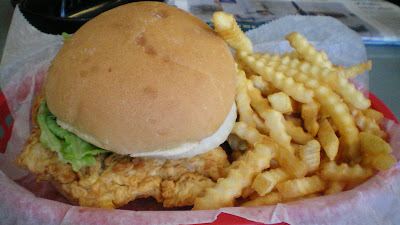 Ambiance: Its a small town bar with tables to eat at and Tv's. The walls are covered with cheap beer puns like "liquor in front, poker in the rear" on painted signs.

Every year the cities of West Des Moines and Waukee seem to creep farther west, and since the new mall was built this town seems closer to Des Moines than it used to be. Van Meter may be turning into a bedroom community for people who work in West Des Moines, but Fat Randi's is an authentic small town pub and grub with a good tenderloin. 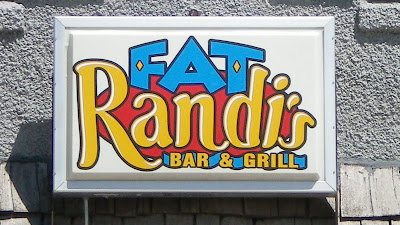 Posted by Tyrgyzistan at 6:15 PM