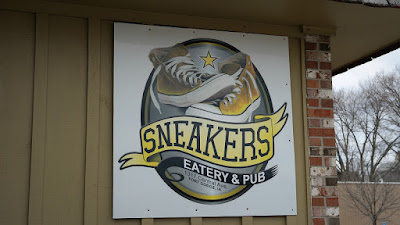 I've been driving around Fort Dodge and surroundings for a long time now. I went to local legend Community Tap & Pizza and found an okay tenderloin, but I've kept looking. Now it seems like plenty of places have come and go over the years in the downtown area and the commercial strip. I hadn't heard of Sneakers Pub until a few months ago, and it looks like the building used to be a different restaurant. I still don't understand the appeal of naming a bar after a pair of shoes, or having shoes in the sign.

Directions: Central Ave is just East of downtown Ft Dodge and can be reached by taking the Business 20 turn off and turning north on 12th St or 15th St. 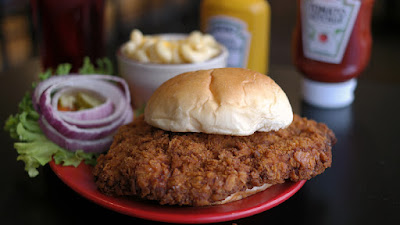 The Tenderloin: This was a large cut of pork loin, at least eight ounces. The breading formed big crunchy flakes on all parts of the meat. The pork loin was dry on the edges and soft and juicy in one part, but the fat hadn't been trimmed well. Served on a giant toasted bun. Overall 7.4 out of ten.

Also on the menu: The menu is huge with burgers, wings, a "world famous rueben", fish, tacos and everything you've seen at sports bars before.

Service: There was one server working the bar and dining areas who was a little overworked when I was in. 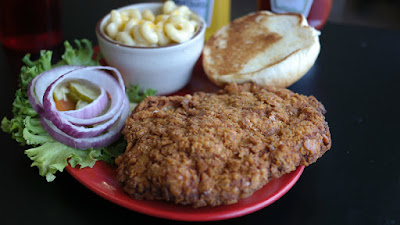 Ambiance: This is a sports bar with a huge bar area and televisions and sports stuff tacked onto the walls.

Final thoughts: Sneakers was a nice sports bar with an alright breaded tenderloin. I haven't found a real good one in the city of Ft Dodge yet. Just a short drive from Ft Dodge I have found good tenderloins in Clare or in Paton or Ogden. 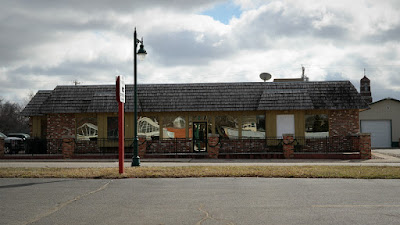 Posted by Tyrgyzistan at 4:23 AM