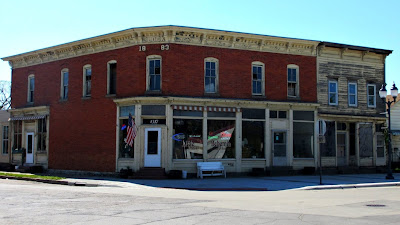 Little Bohemia Neighborhood Bar & Eatery has slowly been renovated, restored, and reopened since the Great Flood of 2008. The bar began serving beer again in late 2010, along with part of their food menu. They brought back the fried food a few months later in 2011. Grant Wood drank here, Marvin Cone painted a picture of the building, and visitors to Cedar Rapids Czech Village have been stopping into Little Bo's for years now.

Location: 1317 3rd St SE in Cedar Rapids, Southeast of Downtown and a few block from the Czech Village. Its a sign of the times that a new bar & grill has opened across the street, along with an antique store on the opposite corner.

Directions: Its at the corner of 3rd St SW and 14th Ave SE, which is across a bridge from 16th Ave SW the main drag through the Czech Village area. 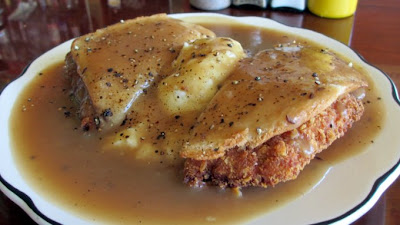 The Hot Loin of Pork: This is described on the menu as a breaded pork loin, served with homemade mashed potatoes, sliced bread, and pork gravy. The freshly ground black pepper gave just the right amount of extra spice and texture to the creamy gravy and potatoes. The bread absorbed the gravy but so did the breading on the loin. The pork gravy on the breaded loin made this a great dish. The uneven surface of the bar meant the gravy moved around while I was positioning the dish to take photos. Overall 9.0 out of ten. 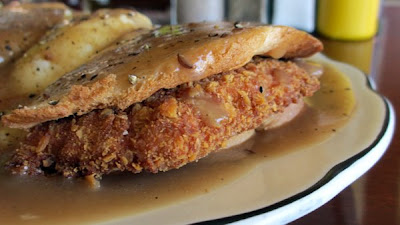 Also on the menu: There is a breaded tenderloin, made rite, and the Goulash is the special. Most of the menu is taken up by standard bar food like wings and fried stuff along with Czech beers. According to a newspaper article, the previous owner had served pig ear and snout sandwiches. It might be time to bring those back. 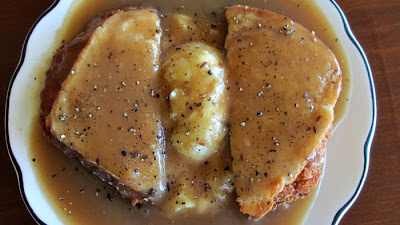 Service: I came in during the off hours, and only an off duty employee and the owner were there. They warmed up the fryer to make the loin. 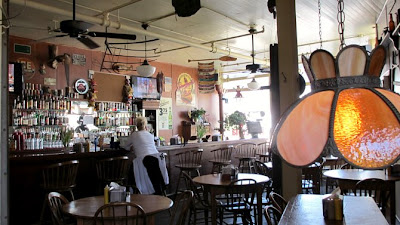 Ambiance: The bar is in a historic building which has housed a bar or restaurant since it was built around 1883. The beer signs and Czech puns are mixed with antiques with wood furniture and fixtures. 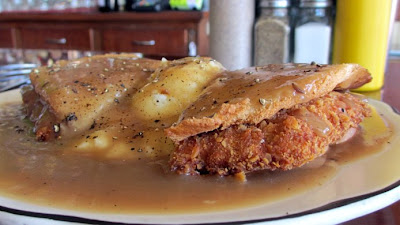 Final Thoughts: I don't have anything to compare the reopened places in this neighborhood with what the area was like before the flood. The nature of the neighborhood has changed, there once were thousands of people living in historic homes nearby. Now local pubs and restaurants have to promote themselves as destinations for people living in the suburbs or the corridor. 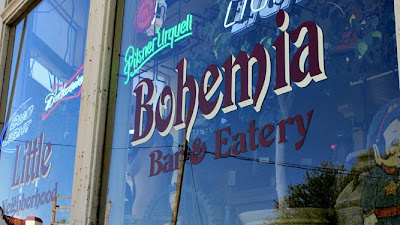 Posted by Tyrgyzistan at 3:52 AM