Fountain on Main in Reinbeck 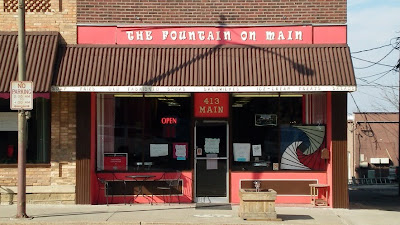 Grundy County is the center of German immigration to Iowa. Back in 2010, some people from Ostfriesland region of Germany came to Grundy Center and signed a partnership agreement to encourage cultural ties and youth exchanges. With all these German descendants, I thought there would be more tenderloins in places like Gladbrook, Conrad, or Grundy Center. However, after the Townhouse in Wellsburg, I haven't found anything in my trips to Grundy County. Reinbeck appears to be a quiet small town close enough for people working in Waterloo or Cedar Falls. A recent drive through led me to check out this place on main street.


Directions: You get to Reinbeck by driving on Highway 175, Main Street runs parallel but one block south. 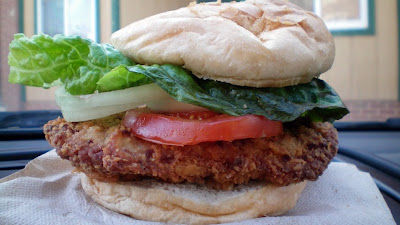 The Tenderloin: This was described as a quarter pound homemade loin on the menu. The bun and vegetables to meat ratio was skewed towards the bun and veggies. The breading had a good crunchy texture and a good golden brown color. The meat was decent thickness and trimmed completely. Served on a toasted bun with your fixings, including Romaine lettuce. Overall 7.2 out of ten, an okay tenderloin. 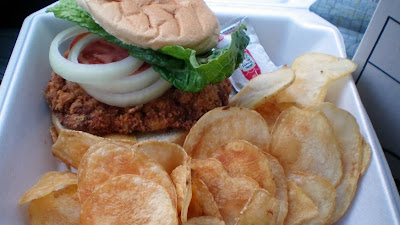 
Also on the menu: Full ice-cream selection, and hot food a little different than most other ice-cream shops. Panini sandwiches, salads, wraps, spinach stuffed or crab rangoons, and funnel fries topped with powdered sugar like at the State Fair.


Service: I came during the off hours, and two people were working the counter and the kitchen between them. 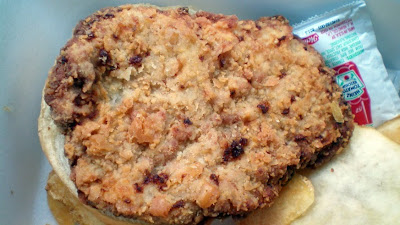 Ambiance: This place is the classic drug store ice cream shop remodeled into a restaurant. The classic counter seats are still there, or you can sit at a table. One side of the interior is filled with Reinbeck memorabilia.


Final Thoughts: Its really tough to give some sort of serious critical review on small tenderloins because the sample I eat is so small. In relative terms, a quarter pound of breaded pork loin is still a good size sandwich. This little ice cream fountain surprised me with its unusual menu and old fashioned interior. 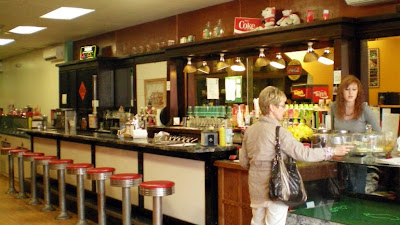