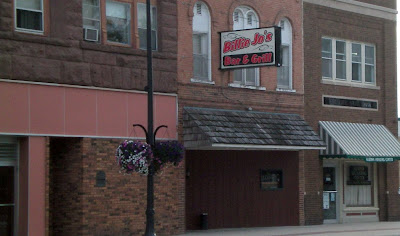 Algona claims it is home to the World's Largest Cheeto, but I missed out when driving through earlier this year. I had tried a couple other places around town before stepping into this Pub 'n Grub with a humble exterior on State Street.

Directions: This is right on the edge of the main street near the courthouse. Get there by taking state highway 169 and turning on State St. 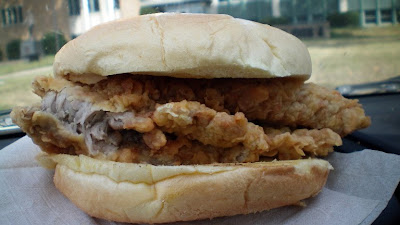 The Tenderloin: From a distance this one looked like two smaller loins on top of each other. The meat here was over-tenderized and was folded in half to fit into the take-away box and stay on the bun. The pork was white, steamy hot, and had been butterfly cut before being pounded into such a huge size. This felt like it was at least seven ounces before cooking. The flour-dusted bun was toasted, tasting rich and buttery. Overall 8.0 out of ten. 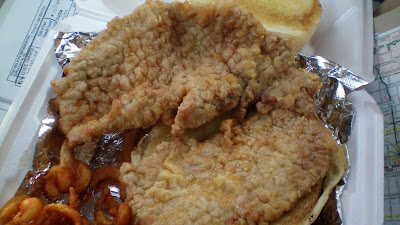 Also on the menu: the menu is large with steaks, a grilled tenderloin, and other fried stuff.

Service: There is table service or sitting at the bar. 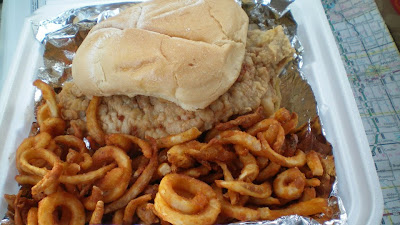 Ambiance: This was a high-end pub 'n grub with woodwork along the booths and a seasonal patio.

Final Thoughts: This was the last thing I ate before visiting the Grotto of Redemption in nearby West Bend, thus I have taken to this one as the Tenderloin of Redemption. 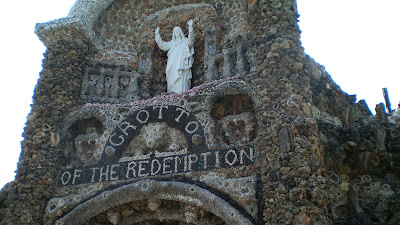 Posted by Tyrgyzistan at 4:28 PM