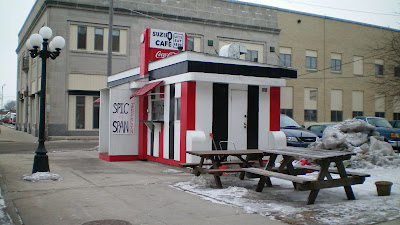 Updated 2012: scroll to bottom of post for updates from subsequent visits!

This is a small boxy diner, in a building originally built by Valentines Manufacturing in Wichita, Kansas and loaded on a train to be brought to its location just north of the central loop in Mason City. The place isn't big, but its hard to miss with its bright paint job and busy front door.


Directions: Exit I-80 and drive past miles of sprawling retail development to get to downtown Mason City and find this place one block off of busy loop area. 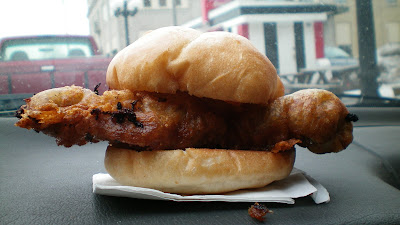 The Tenderloin: The Spic 'n Span tenderloin is advertised on the front door of the Suzie-Q, they definitely want people to try it and get hooked. This is a battered piece of bright white pork meat. The batter has a touch of black pepper that hits your tongue upon breaking past the flaky layer to the pasty warm underneath. It just has tons of flavor. The batter has large amounts of grease, but the nice warm bun keeps your hands clean. The pork is nice and firm inside, with moisture held in during preparation. This is a great tenderloin. 9/10 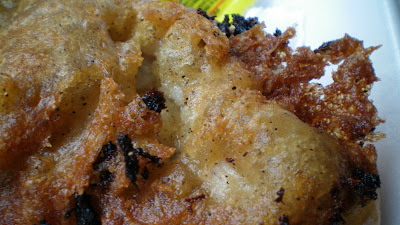 Also on the menu: full breakfast and omelet choices, and their self-proclaimed best burgers in town.
Service: Two people were working inside. The food is cooked right in front of you. Take-out window not in service when I visited. 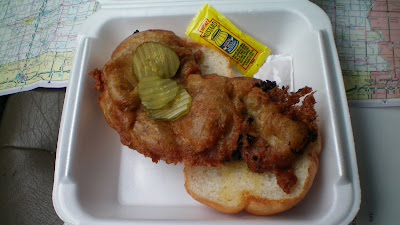 Ambiance: Nine stools are provided for sitting, with little space for standing. There is a busy atmosphere with cramped quarters and constant movement of patrons and staff. Everything can be smelled from the stools. The staff were very familiar with the patrons during my visit.


Final Thoughts: While visiting the Music Man Theatre and Frank Lloyd Wright building, this place is perfect for a quick bite. My informants tell me that battering of tenderloins, or nearly anything else, is more common north of the Minnesota border. This place certainly does their tenderloin right, its a can't miss sandwich while in the northern part of the state. 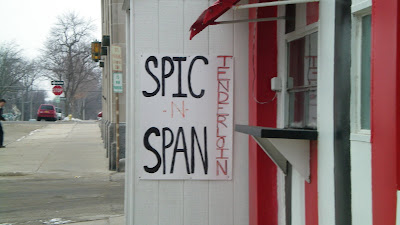 Some things have changed since my initial write-up in 2008, but a lot more has stayed the same. The guy that runs the Suzie-Q Cafe is still doing magic tricks and cooking sandwiches to order in the middle of the day. The Suzie-Q added evening hours but I think the extra staff just don't give the same service. If you walk in here and the extroverted magician isn't in, maybe its better to come back another time.

The biggest addition to the menu is the Spic-N-Span Melt, which takes the same battered spicy tenderloin and adds grilled onion, melted cheese, and toast to add even more flavour to this sandwich: 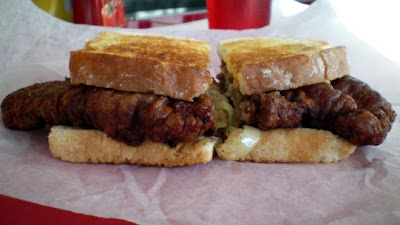 The thing I've learned from subsequent visits is that this place is run by a perfectionist who is constantly making small changes or adding things to the menu. Burgers are always hand pattied, and there was once a machine for making curly fries to order.

This was a special Tender Bender Burger, with a grilled tenderloin over a hamburger, served on the same tasty bun. I don't think its on the regular daily menu: 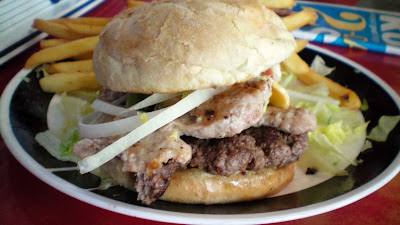 The Suzie-Q has always had taken breakfast seriously, but I rarely get to eat breakfast. I can thank my busy morning for that. I was able to grab an omelet platter here once, it was made from several eggs wrapped around bacon and sausage, topped with cheese. Served with hash browns and toast for less than seven dollars if I remember correctly. 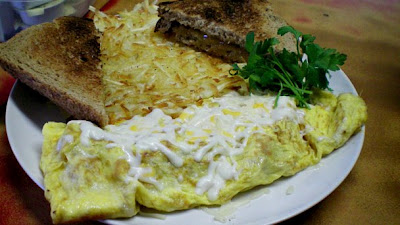 The biggest difference is what downtown Mason City is like compared to 5 years ago. I remember looking at the Frank Lloyd Wright hotel downtown and thinking "this is it?" But after an impressive renovation the hotel is jaw-dropping. Both the Park Inn Hotel and the Stockman House are worth the ten minute drive off Interstate 35 by themselves. The center of Mason City no longer feels like a bunch of empty buildings and a dead mall. The Suzie-Q itself might be getting a makeover someday too. 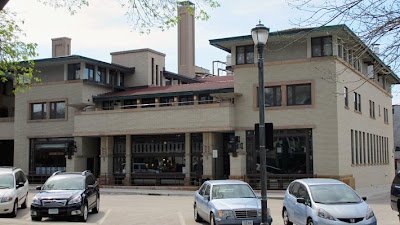 Posted by Tyrgyzistan at 9:33 PM