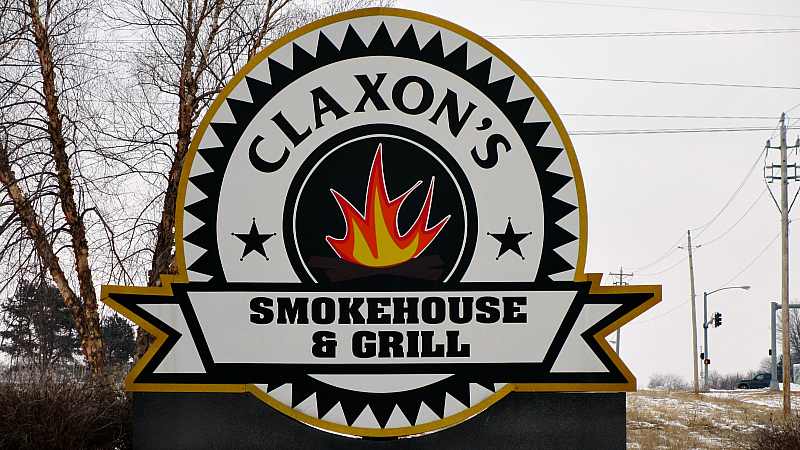 8th St in Altoona used to be a classic restaurant comparison street with two places serving the same kind of food. Altoona was once divided between Kin Folks patrons on one side, and Claxon's patrons on the other. Time has passed and Kin Folks is no more, and Claxon's has built itself a new building while 8th street has slowly filled with more chain restaurants in between the strip malls.

Directions: You take Hubbell Ave out of Des Moines and turn right at some intersection just beyond city limits to reach 8th St in Altoona. 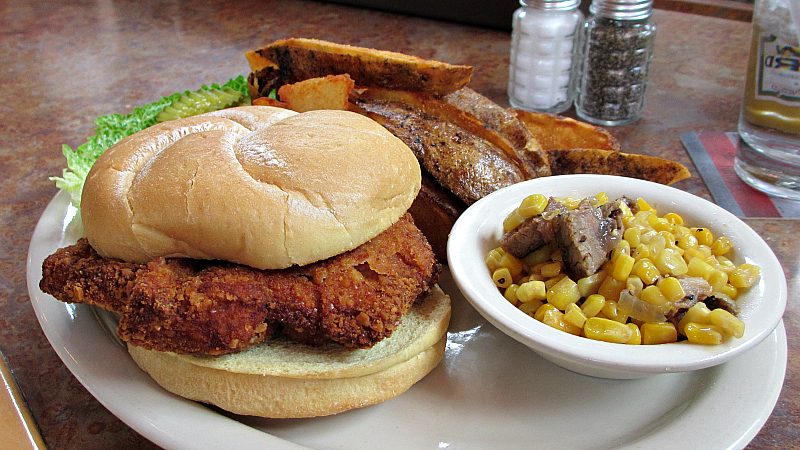 The Tenderloin: This sandwich and the plate it came on were really heavy, like cargo crane worthy between the huge fries and the sandwich. The problem with the meat was that it had been cut into a large portion but hadn't been tenderized or pounded out to soften the inside. Biting into this was tough and chewy compared to nearly every other tenderloin out there. Served on a giant flour-dusted bun that may be better suited to large amounts of smoked meats and dripping bbq sauce. Overall 7.0 out of ten. 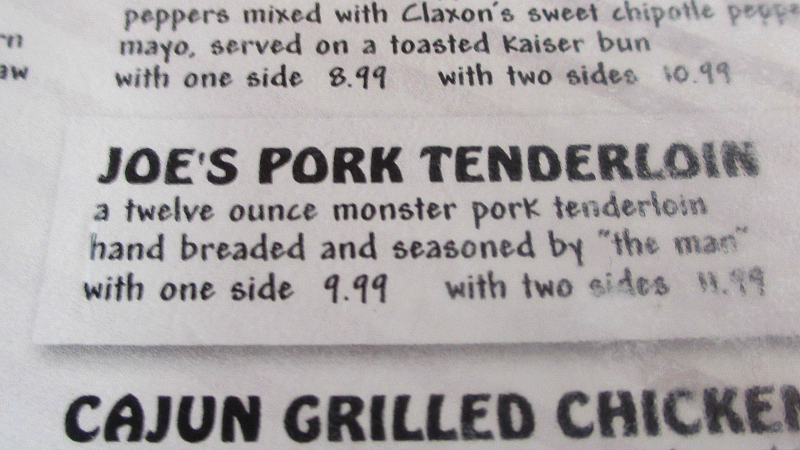 Price: Its $9.99 with one side, but the menu said another side was just $2.00 more for a total of $11.99 and then I couldn't help myself from trying two sides after reading that. Funny how that works.


Also on the menu: The menu is big and based on smoked meats first with other options added to round it out for other tastes. The ribs were listed as one of the 100 Things to Eat in Iowa Before You Die by the Des Moines register back in 2006. I was impressed by the slightly misnamed "Fried Corn" side dish. It was corn, but not fried. It had brisket bits that were deeply softened from hours of cooking. A lot of BBQ places in Iowa get away with stiff brisket but this was deeply soft in texture:
Service: I came in on the off hours and just ate at the bar and was attended to with no delay. 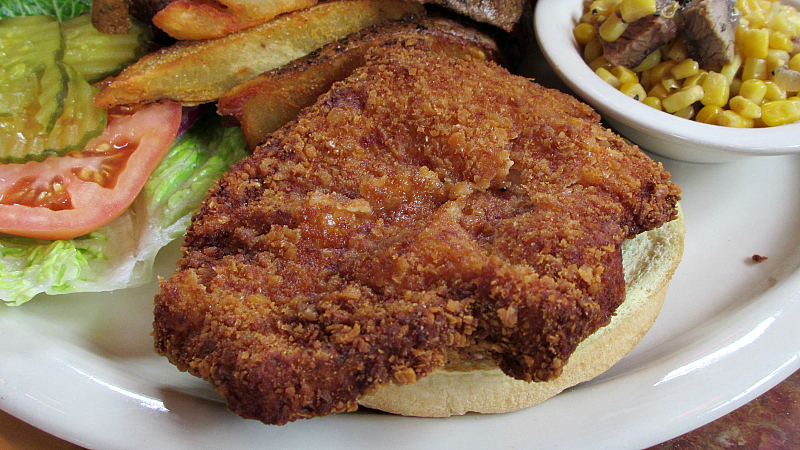 Ambiance: This is not Claxon's first building, although I never made it to the old one. This space has high vaulted ceilings and is split between a dining area with tables and booths and wide windows, and bar area covered in sports and beer signs. 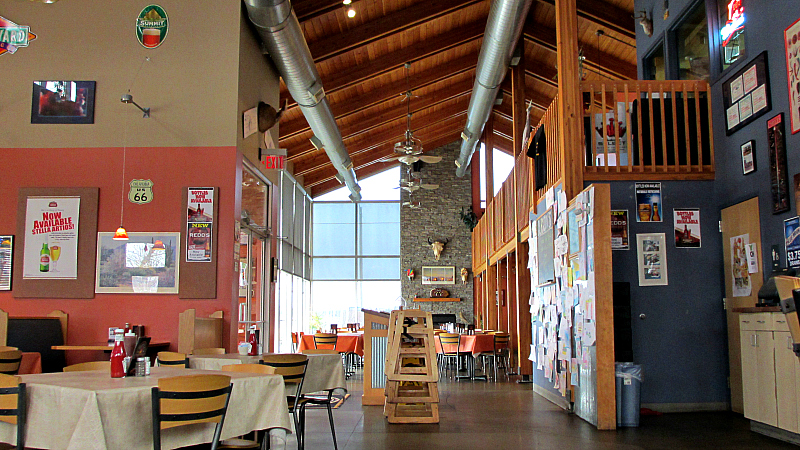 Final Thoughts: I was optimistic about my visit to Claxon's but the sandwich only reminded me that tenderizing is an important part of making tenderloins and tenderness is key to their enjoyment. I will probably return to try the ribs or other bbq items soon. 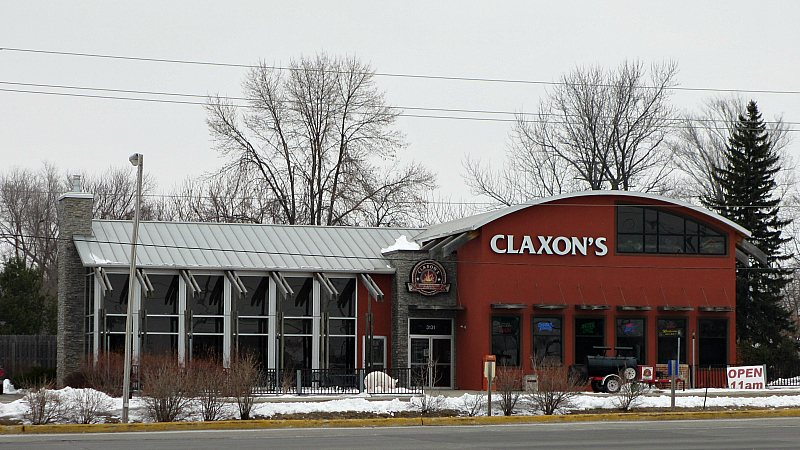 Posted by Tyrgyzistan at 3:59 AM