The Mucky Duck Pub in Ames 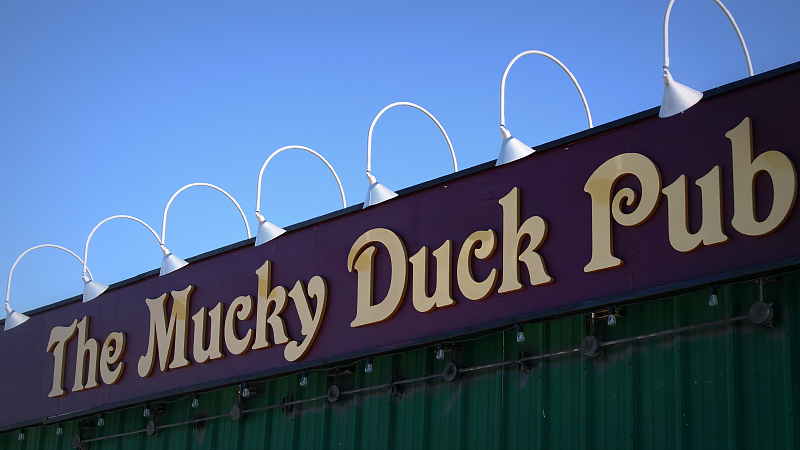 The people who run the Mucky Duck pub in Ames have been at it for a while now. I have seen the ads for Ames British Foods in Cityview or Relish for years, and later their business was named The Chip Shop, and now the Mucky Duck. The sign above The Mucky Duck Pub has the name of all three entities.

Location: 3100 South Duff Ave in Ames, Story County in Central Iowa, about a half hour north of Des Moines.

Directions: You can take highway 69 north from Ankeny or turn south of Duff from Highway 30. 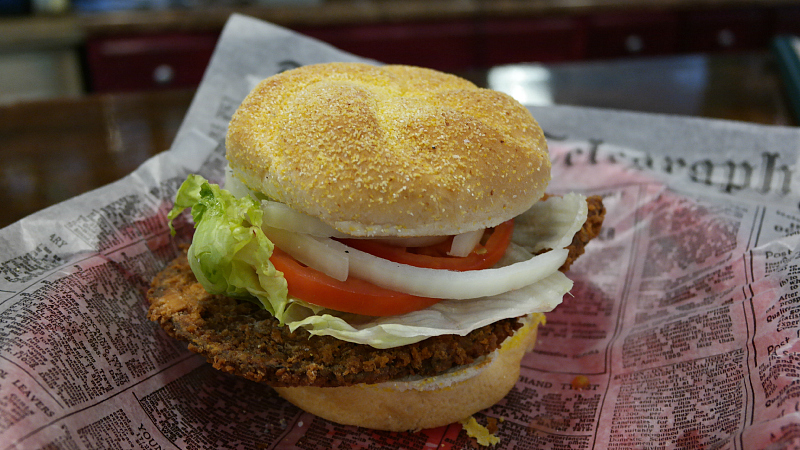 The Tenderloin: The breading had some seasoning but no taste notes stood out, and it had just a dry crunchy and dusty texture. The meat inside was also dry, and the whole sandwich felt dry. I left wondering if this could have turned out better with the fish and chips batter. I have found many of the best tenderloins to be made with the light airy batter that fish and chips are known for. I just think this is a missed opportunity of a sandwich. Served on a toasted Kaiser roll. Overall 6.5 out of ten.

Price: served with the extra thick french fries with above average salt and pepper. 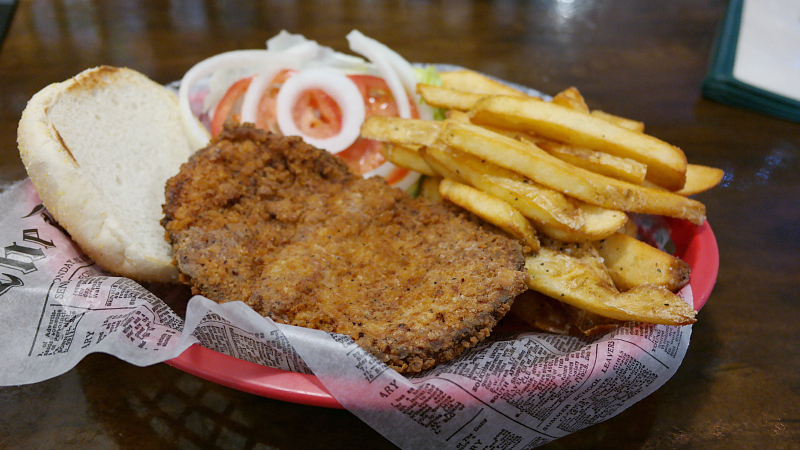 Also on the menu: The fish and chips is the specialty, but they have a large menu with several British favorites that aren't available elsewhere in Central Iowa. Bangers and mash, Cornish pasty, scotch eggs English muffins, crumpets and more. Drinks include loose leaf English teas, a huge selection of imported beers. Part of the interior is Ames British Foods, which is a handful of shelves stocked with English foods. 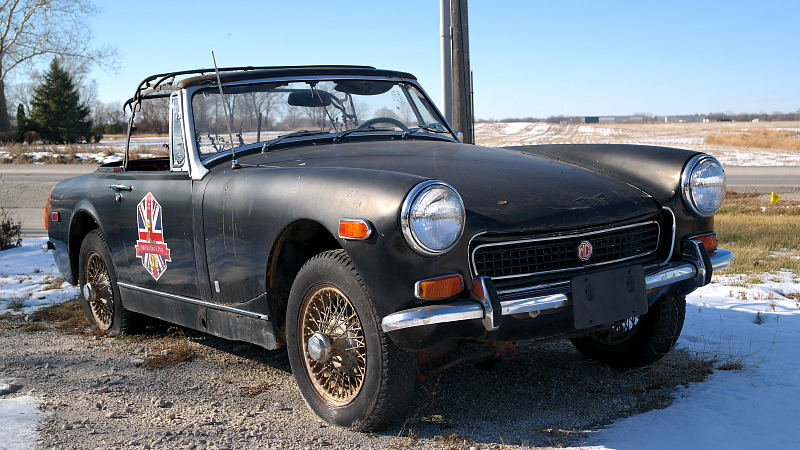 Service: There was a guy with an English accent running the bar and taking orders and another person in the kitchen.

Ambiance: The building was once a gas station, and the remodel feels half done. The bar is bricks, the walls are covered with posters of The Beattles or the Queen. Seating is at the bar or tables. There are other British style pubs that do a better job with dark woodwork or booths or heavy stools. 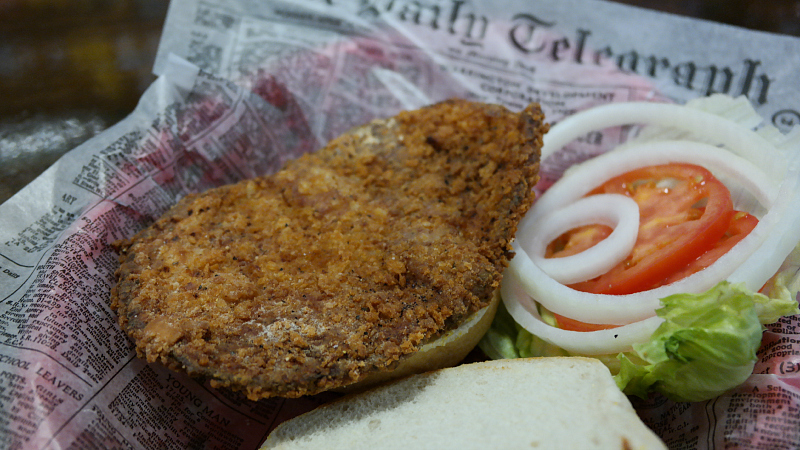 Final Thoughts: I would come back to the Mucky Duck to try the Fish and Chips next time I am in town. My previous attempts to find a good tenderloin in Ames have come up with mostly disappointments and sandwiches that were not worth writing about.My next stop will probably be down the road on Highway 69 on the way back to Des Moines 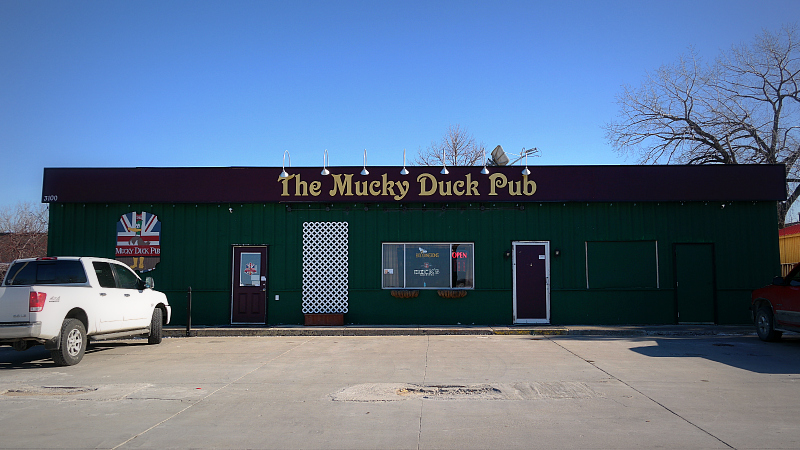 Posted by Tyrgyzistan at 3:14 AM