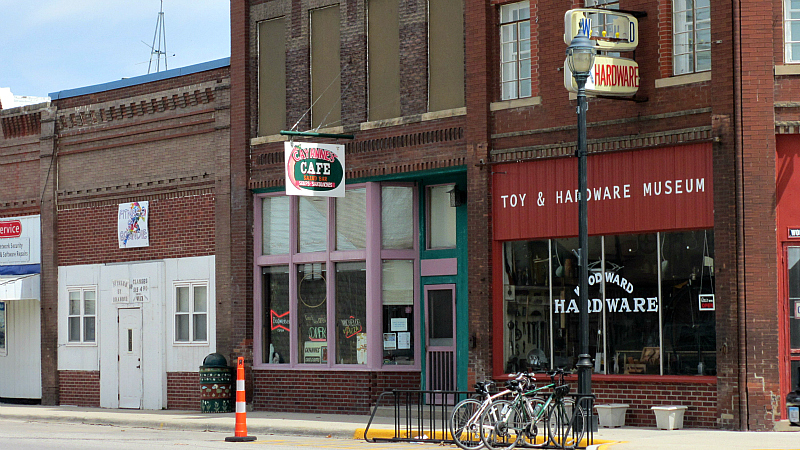 Cayenne's Cafe is named for a pepper and seems to be one of the younger businesses on Main St. in Woodward. Judging from the hanging banner behind the bar I get the idea Cayenne's sells prime rib sandwiches when the High Trestle Trail Bridge opens for the summer.

Directions: You take Highway 141 north from 80/35 and turn north at Highway 210 which turns into Main St in Woodward. 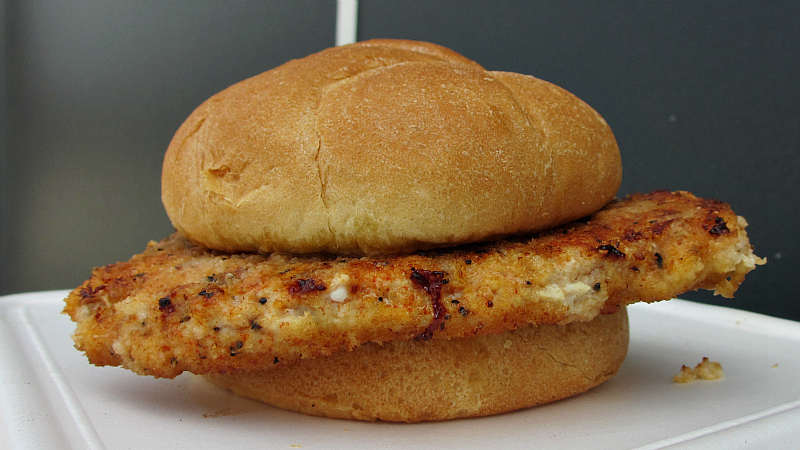 The Tenderloin: This is described as a breaded tenderloin on the menu, but its a very unusual one. It doesn't appear to be deep fried, and there are no deep fried items on the menu so they probably don't have a fryer. The pork loin meat is breaded with a little bit of crumbs and a lot of spices. Not anything hot, just a lot more from the spice rack than I am used to. One side of the loin was golden brown while another was orange. The juiciness of the loin meat meant a lot of steam got into the breading and made a wet orange layer that stuck to the bun. This was close to being something tasty but there just wasn't any crunch to go along. Served with all the fixings on a toasted bun. Overall 7.0 out of ten. 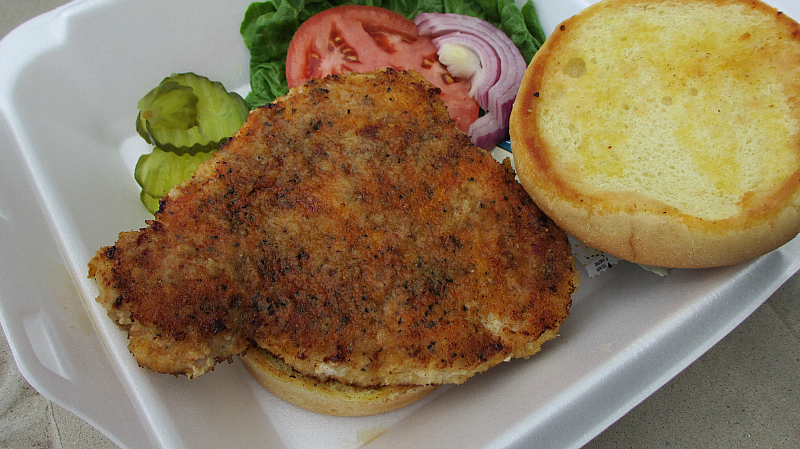 Also on the menu: the sign tells people of a salad bar and deli sandwiches. There is also pizza, a frito pie, and a breaded hamburger.

Service: I came in and just one person was working tables while another was cooking. 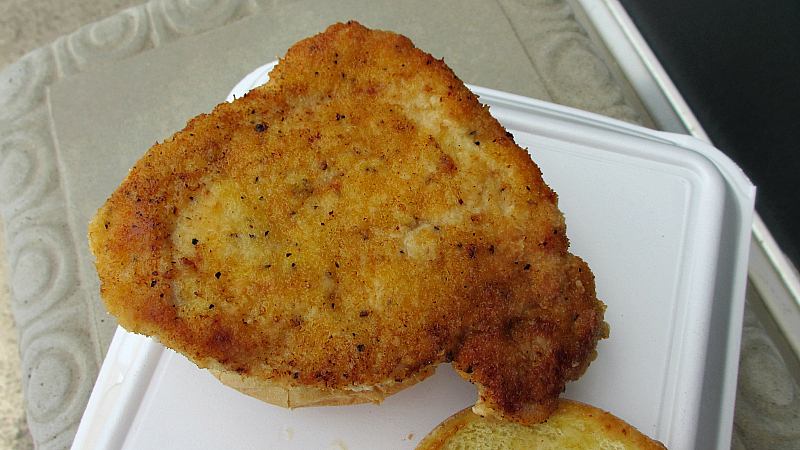 Ambiance: This is a restored main street building with high ceilings and an old bar and open kitchen. There are tables for seating and cayenne pepper decorations hanging from the lights.

Final Thoughts: My next stop in Woodward will probably be just south on Main St at Lou's Diner. 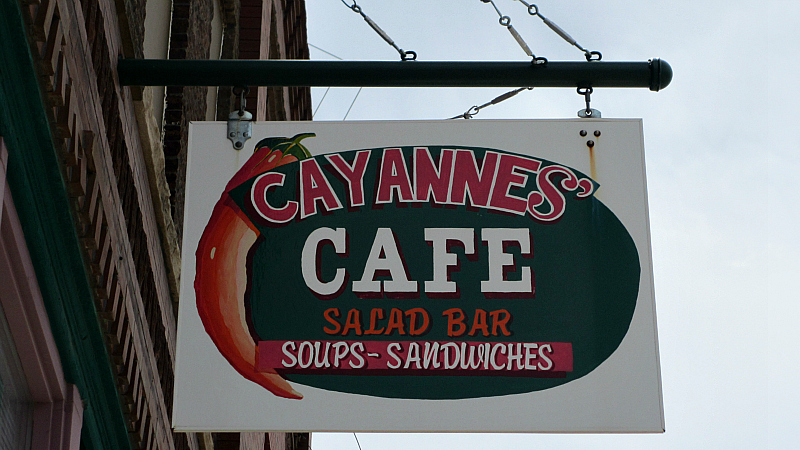 Posted by Tyrgyzistan at 4:24 AM